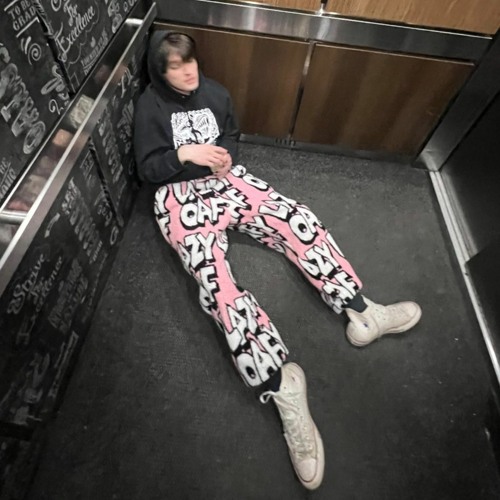 Amongst the people stands Rocco Bunko, swagged out and ready to address the citizens of tomorrow. “Let the ruling classes tremble at a Communistic revolution,” they declare before crushing up a line, snorting on a blue pill. They swoon and fan themself with wads of dollar bills before checking their thrifted Rolex—always on the clock, even when revolutionizing the proletariat. At their side, a small, bearded man wearing Flutterclub merch shakes his head and sheepishly adjusts his 19th-century snapback. The crowd demands Karl Marx be returned to the people and calls for an end to the communist swag!!1 era. “Oh, that’s your mans?” Rocco smirks, knowing full well that Marx’s ideas are not commodities to be owned. Besides, he looks swaggy af rn. And so what if Rocco’s version of communism looks a little like socialism being crushed under capitalism’s heel? Aren’t late Distrokid payments a form of class warfare? Doesn’t gender neutral language level the social playing field? And aren’t collectives a form of community building? In a world defined by late-stage capitalism, sometimes a SoundCloud enby’s two-minute manifesto is the closest you’ll get to communist swag.

Welcome to the underground !! For archived songs, please click here.