drive-by lullabies at the end of the world
Katie MannersOct 28, 2021 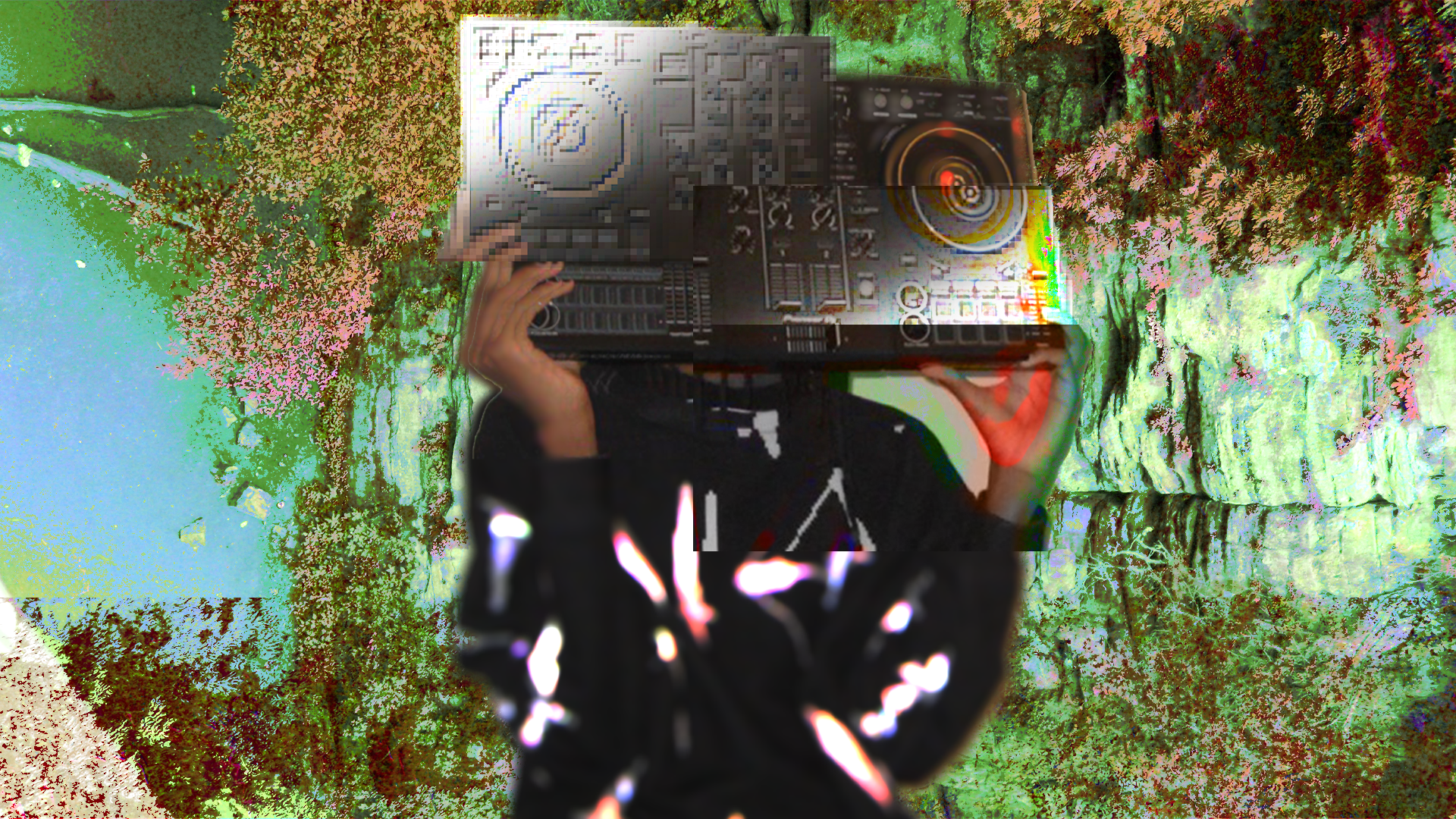 Soon, the world will end; signaled not by the sound of trumpets, but by a fat EDM drop. With each electronic tremor, the earth's crust gives way. Seas boil, forests burn, and humanity retreats farther from the sun, looking inward as their walls close in. On the edge of rapture sits osquinn in her ergonomic gaming chair, alone save for the hundreds of thousands of disciples breathing down her neck. She logs off, disappears for a day, hoping that such simple actions can remedy the uneasy feeling in the pit of her stomach. Time passes. Her collection of MIDI controllers and audio interfaces grows. Her fanbase forms opinions, spreads hate, places her on a pedestal so high her feet barely scrape the ground. "No, you don't know me at all," she sings under her breath to no one in particular. Her album, drive-by lullabies, has yet to drop. The lyrics dance around her darkened bedroom. She logs back in: the world is still ending.

On the eve of the apocalypse, she releases her debut album. drive-by lullabies is a glimpse into quinn’s teenaged world as it crumbles around her. Driven by alternating modes of defiance and desire for authority, the album at a glance seems quintessentially pubescent, but quinn does not fall so easily into the category of average high schooler. Lauded as the face of an online music scene she struggled to identify with, quinn has long been in and out of the public eye — hoping to define her sound and her character before it's defined for her. But time is running out. The world is ending, and it's ending soon. The unease sets in.

Protests are heard from below. An ominous grumbling, like the churning innards of some great creature, greets quinn. The mark of the beast hangs in the air. It reeks of industry executives, discordant family, and toxic fandom. These are the warning signs that something is brewing below the surface and out of her control. Luckily for quinn, the end of the world is a slow burn. Countered by the cautious sounds of guitars strumming and the squeak of a tuner searching for a long-lost signal, the beast remains dormant under quinn's bedroom studio. She searches for answers at the end of the world: if the stars burn out and explode, where do you go? She's only 16. Who at 16 has that answer?

Where do you go?

As her confidence wavers, the beast's ears prick up. Her voice is so low in the mix that one can't help but lean in a little closer. Louder, the beast whines. "I'll be your nothing," quinn responds. Louder, it demands. "Your forever nothing," quinn affirms, submitting to the beast. Her tuner squeaks, curious as to what it's found. Suddenly, the world is ending much sooner than she thought.

With the brightness of an exploding star, the listener scrambles to preserve their eardrums as the world threatens to end. The cautious nature of quinn’s voice is instantly disrupted by an instrumental assault. In this moment, she is reborn. quinn is no longer a passive child in the jaws of the beast, but an assertive teen on the verge of adulthood. Her message is clear: quinn may not have all the answers, but she's willing to stand her ground in the face of the apocalypse. “You gon’ have to kill me if you want me,” quinn warns her critics as she turns away from the underground. With one foot in the mainstream, she appears unstoppable. “You can’t kill me if you tried to / And I know that makes you mad.”

Another tremor followed by a blast of light. The stars are falling and quinn catches a glimpse of their descent reflected in her laptop screen. Her tone sombers. “You wanted nothing to do with me,” she sighs. There is so much to do before the world ends. So many people to please. So much art to create and consume. She opens her DAW, presses play, and the bass drops, sending her room spinning into turmoil. This is her protest against everyone who’s ever told her what to do. If the world is ending in a cacophony of drops and breakdowns, let quinn be its cosign.

The song ends. The room stabilizes. quinn holds her breath as the world exhales. The tremors have stopped and she is left amongst the minor wreckage. The world is ending soon, but not yet, and she breathes a sigh of relief. Can you really blame her for how she reacts? She’s been penalized for Twitter discourse, running away from home, and being successful in an emerging scene. She’s on edge. She’s got school tomorrow and a record to drop the next day; the end of the world seems so close when so much is demanded of you. If a teenage pop star wants to try — and fail — can she go again?

Seeking comfort, quinn retreats from her audience at the end of the world. Maybe the apocalypse is all in her head? She looks inward for a coping mechanism and hears birdsong. When she opens her mouth to sing, her voice is obscured, as if she has finally shut her bedroom door, forcing her listeners to press their ear against its frame. “The people know my face, but no one ever has my back,” she sings through drums that are sharp and distant. Her voice warps over time, pitching higher and higher until she has nothing left to say.

The silence slowly fills with childhood memories. Powerlessness is a child locked in their room while their parents argue below. quinn plays out her melancholy on a MIDI keyboard. This is the farthest she’s been from adulthood in ages. In this space, she’s just a silly, little girl asking, “Does it get better with time?” And when no one answers, she asks again, “Does it get better, boss?” And again. “Better with time?” She chews on the question until it loses its structure. “Better?” No one answers. Frustrated, quinn opens her bedroom door.

The world is ending! “Fuck you for telling me what to play!” quinn projects into the fiery abyss. “I know the rules and it’s not cool to tell me what to do.” She shakes off visions of adolescence. She’s not a kid anymore; she can figure this out on her own. Her confidence returns with a walking bassline: “One, two, three, four / Ha-a-a-a.” She launches into sing-song and suddenly the end of the world seems a little farther away. She recalls a night in mid-November (or was it closer to Christmas?) when things were different. Her voice drops and she finds herself singing on someone else’s sample: “Crush a bit, little bit, roll it up, take a hit.” Her mind grows hazy with nostalgia.

She stares into the abyss and the abyss stares back. Who is she? Who was she? How is she perceived by hundreds of thousands of individuals who’ve never met her face-to-face? How is she perceived by those who have? She can’t help but want to be wanted, and so she pleads, “I want your love / I want your affection / I want your time / I want your attention … Is that so much to ask for?” If so, she could change that. She’s willing to compromise if someone could just give her a sense of direction. But until then, she waits to receive the attention she craves as rap from her childhood plays at hyper speed in the distance. No one is listening. She buries her vocals in the mix like the entry of a locked diary: “No, you don’t know me at all.”

Vulnerable and riddled with self-doubt, quinn slumps onto her bed and reflects on the character she’s become. “I tried to tell myself that I was a great person,” she admits. “But I know that I’m not the best and that’s just what it is.” She fucks up more than most, so why should anyone support her? This hypothetical revelation is met with thunderous applause; Heaven’s studio audience cheers from above. The choir is made up of every person who wanted to see quinn fail. Each member strums an acoustic guitar as the credits roll on her short-lived stardom. Maybe this is how the world ends? Not with a bang, but with the whimper of a teenage girl alone in her room. As the guitar dissolves into incomprehensible whispers, quinn’s growing anger has the final say, “So you can go and rot in Hell / With those fuckers you know now.”

All Hell breaks loose. This is it. The apocalypse. The final showdown. The end of the world. quinn stands on the precipice of adulthood while her inner child and teenage dreams do battle in her bedroom. Torn between the desire to do what she wants and the desire to do as she’s told, quinn’s world collapses around her until all that’s left is stardust. A thousand broken voices babble in the void: critics searching for one last chance to burrow into quinn’s head. Her brilliance is their beacon. “And when you go inside of my mind / You tear me open from inside the core,” quinn sings, before posing her final question. “So tell me, was that what you wanted? / Tell me, was that what you wanted? Tell me, wa —” Her voice is lost in the final explosion; the death of a star.

The world is no longer ending soon. It’s over. We’re done here. 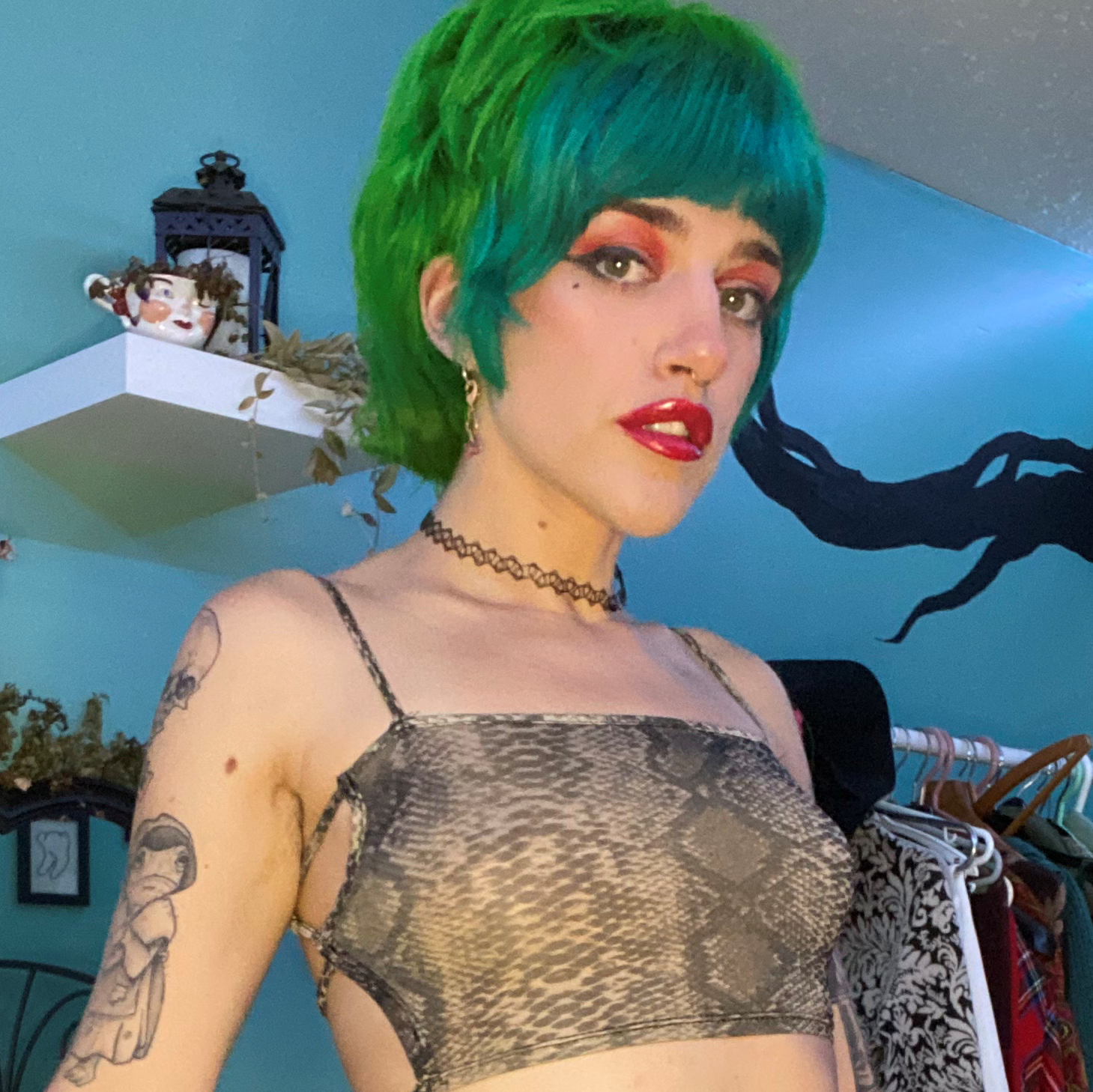